There are a lot of movies out at the moment I want to watch. But when you are a busy person like me with a job – that sadly doesn’t entail watching movies for a living – and a family and a multitude of other interests and responsibilities, it quickly becomes difficult to find time to get to the cinema. In those times, I find myself having to prioritise, and it often comes down to asking myself: “Will this movie be significantly less enjoyable if viewed on the small screen at home in a few months?” If the answer is yes, then I try my darnedest to make time for that one before others. I’ll often do this even if I feel the other movies I’m considering will likely be better movies. Am I the only one with a method for choosing from a cornucopia of films?

So this is how I found myself in the cinema last week, watching “The Walk” in 3D, directed by Robert Zemeckis and starring Joseph Gordon-Levitt. I had already watched the 2008 documentary, “Man on Wire”, of the same story. For those of you who do not know already, both movies deal with the story of Philippe Petit and his highly dangerous – and highly illegal – wire walk between the Twin Towers in 1974, just as these iconic buildings were being completed. Petit, and his accomplices, managed to infiltrate the buildings and rig the wire in the dead of night, before pulling off the hair-raising stunt which saw Petit virtually dance between the towers for an hour. To say that it’s a compelling story is a bit like saying that the new Star Wars trailer has received quite a few views on Youtube. 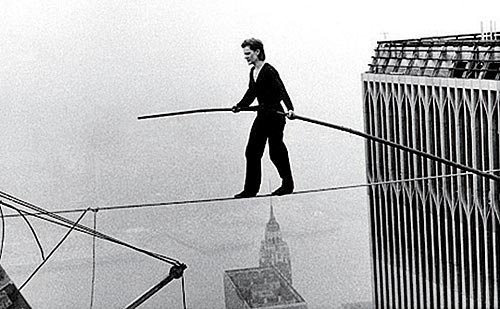 To be frank, when I first heard of “The Walk”, I had no desire to watch it. I’ll watch Josep Gordon-Levitt peel an orange, but I just didn’t see what this movie could do that the documentary hadn’t already done. Man on Wire was a multi-award winning documentary, why now go and taint the story with some cheap CGI tricks? And then hiring an American actor like Gordon-Levitt to play a Frenchman? Nuh-uh.

However, as “The Walk” was released, I started hearing the stories of people clutching their seats and feeling faint during the wire walking scenes and an urge to go watch it started seeping into my veins. A huge part of why I am a cinephile is because of the opportunities for intellectual and emotional exploration that movies offer. I feel strongly that film is a subject worthy of all the academic scrutiny it comes under and that movies can help you view the world more clearly and experience life more deeply. On the other hand, I also feel that there isn’t necessarily something wrong with movies that are purely visceral in nature; they can be a highly enjoyable palate cleanser in the buffet of cinema. As mentioned previously, I am a fan of horror, and not just the critically approved stuff, I like whatever scares the crap out of me, so I am no stranger to watching something just for the sheer thrill of it.

So I was lured into the cinema with the promise of vertigo and nail biting. And did the movie deliver? 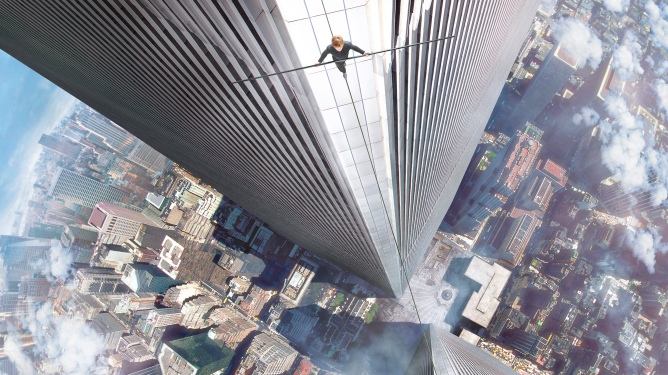 Well, let me get some of the bad things out of the way. Firstly, no amount of affection I have for Gordon-Levitt can make up for the fact that his accent is bad. I’m sorry JGL, don’t be mad! Call me! As a French man speaking English he flounders, and, although his French is excellent, there is no denying when you hear him speaking French that he is not French. It doesn’t work and it’s jarring because you are constantly reminded “THIS IS NOT REAL, WE ARE PRETENDING”. In a similar vein, his narration of the story, from the top of the Statue of Liberty, seems incredibly cheesy. It reminded me of Jacquimo from Don Bluth’s “Thumbelina” (I actually love that movie but hot damn that swallow is annoying!). 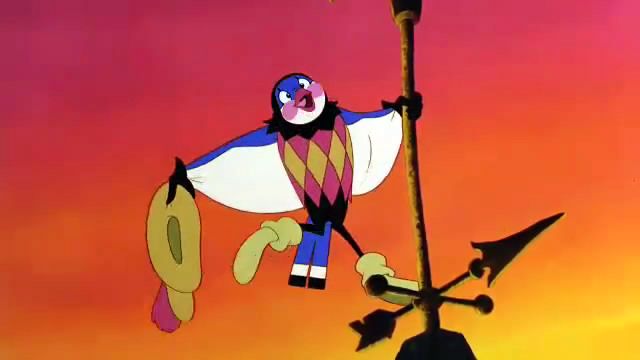 “The Walk” doesn’t come close to touching on a deeper understanding of Petit, and this is something that is particularly evident when you’ve seen the documentary. In “The Walk”, he never quite seems to move beyond the rascally juggler cliché, however much Zemeckis tries to add moments of depth, and the movies shies away from some of Petit’s less likeable traits.

But – and there is a big but – I came away feeling “The Walk” is a unmissable companion piece to “Man on Wire”. The thing is, “Man on Wire” had no video footage of the wire walk. You understand and appreciate Petite’s feat on a sort of detached, intellectual level. “The Walk”, however, is the closest you will really get to understanding what it meant to walk out on a wire 412 metres in the air. The wire walking scenes and, indeed, the scenes showing the frantic preparations to secure the wire between the towers, had me crumbling together in my seat, uttering a steady stream of profanities. It really was not unlike going on a rollercoaster ride that you immediately start to regret the moment you start climbing that first massive hill. The technical skill involved in achieving this, considering there is nothing there, it’s all green screen, is beyond me. But I applaud it.

There is also a certain additional emotional punch added with the knowledge that these towers no longer stand. As you watch, you can’t help but think about how the World Trade Center became the vehicle for this one man’s dream, yet decades later became the site of the destruction of thousands of others’ dreams. At the time of construction, these buildings were just that, buildings, but Petit somehow christened them in such a way that they came to mean more to New Yorkers. They would stand for only 28 years.

Will I remember this movie for years to come? I’m not sure. But I will remember the walk it celebrates till I am very, very old.

Hey, it’s October now and that means Halloween is around the corner, so I’m in the mood to talk about horror. Until this weekend, it had been entirely too long since I had watched a good horror movie. I saw, and enjoyed, “It Follows” a few months ago and it was without a doubt the best horror of 2015 for me.  But how long does one have to wait for a decent horror to come along?

There might be light at the end of the tunnel though.  “Crimson Peak” is out next week, and as it has A) Guillermo del Toro as a director and B) Tom Hiddleston starring, my hopes are sky-high. Don’t fail me now del Toro!

Then, a couple of weeks ago, the trailer for the new Christmas themed horror-comedy “Krampus” was released. I watched the trailer desperately hoping to feel some level of excitement. And, I’m sorry to say, I’m not really feeling it. I love comedy, I love horror, I love Adam Scott and Toni Colette but this one left me feeling little more than “meh”.

The mythical figure of Krampus has the potential to be seriously frightening and unsettling, but I would prefer to see something closer to the wiry, black goat creature seen on many old postcards instead of this massive, hulking beast in a robe. In fact, Beast from Disney’s “Beauty & the Beast” is who I first thought of when I saw the trailer.

Seriously, I’d just go with him hoping he would show me his amazing library.

However, I wanted to find out more about who was behind “Krampus” and started reading about the director Michael Dougherty. And that’s how I came across “Trick ‘r Treat”, Dougherty’s 2007 movie. If you are looking for something to get you in the mood for Halloween or just feel like watching a really solid horror, I’d highly recommend it. It’s a compilation of a few different stories taking place in the same town on Halloween. The movie manages to be both funny and scary and also cleverly handles various horror tropes. I felt genuinely delighted after watching the movie, which is a fairly strange thing to say when you’ve watched whole chunks of it through your fingers.

“Sam” from Trick ‘r Treat. If this kid came to my door for Halloween, all he would get is a whole lot of nope.

So, if nothing else, I now have a Halloween classic I can return to year after year when I need to get my fright fix. I’d love to hear your horror recommendations in the comments section.